Posted on December 16, 2015 by crossingsauthor

Now that I’m feeling healthy, I’m looking forward to 2016 being a normal year. Becoming a member of Backstreet Gallery will be the really new experience for me this year. I attended a reception at the Gallery last Saturday, and many members made a point of introducing themselves and welcoming me. That warmed my heart and made me feel less like a fish out of water.

And for those who’ve asked if I have a new book in the works, the answer is yes!

From January through April, I plan on doing the research, taking some photos, and getting the first draft down. My publisher, Bob Serra, likes the way The Crossings Guide turned out and has encouraged me to come up with another guide, using the same format. I ran an idea by him several months ago and he liked it. So here it is. 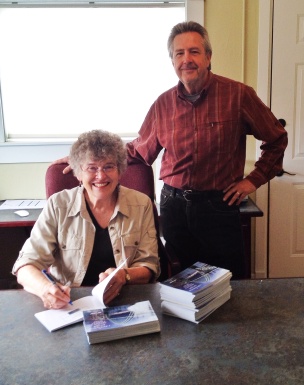 Bob especially liked the format of The Crossings Guide. So we’re going to try again.

It will be a guide to the unexpected on the Oregon coast. It will cover that which is usually not mentioned by the chambers of commerce or in various town brochures. Some of the “unexpecteds” are interesting, some unusual, some odd, and some quirky. But all are unexpected. Some are man-made and some created by nature. At the moment, I have a list of 30, but it’s not set in concrete. I learned about most of these through working at Oregon Coast magazine. This new guide will be put together this year, and should be available for sale early in 2017.

I spent the first couple of months of 2015 in chemo and then until October getting my energy levels back. So it’s just these last couple of months that I’ve felt like my old self. I’m really looking forward to getting back in the groove. 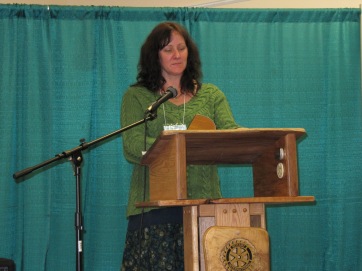 Stefanie Freele was the Keynote Speaker at the SCWC a few years ago. I couldn’t attend last year, but I will  this year.

In February, I’ll be able to attend the South Coast Writer’s Conference, which I had to forgo last year. Today, I received the info and have already marked my choices of the four workshops I wish to attend. It’s important to get the forms turned in ASAP. Some of the workshops fill up quickly. I always enjoy the conference as well as getting to visit my friends, Laurel and Evelyn, who live in the Gold Beach area.

In April, I’ll drive to California to visit family and friends like I did this past October/November. I normally drive down in April too, and visit a different set of friends. Because I flew down last April, the visits with friends didn’t happen. But those folks will be at the top of my list this year.

My college roommate, Teeta, will be one I hope to visit in April.

So Teeta and Jean in the Bay Area and Phyllis and Mike/Mavis in the gold country you’re being forewarned. Then in October, I plan to drive down again. I’ve driven to California twice a year for every year but one of the past 15 years.

From May through September, I’ll be able to work in the yard and plant veggies in the greenhouse and various beds. I just wasn’t able to keep up with the weeding, planting, and pruning this past year. I got some planting and other work done, but I should be able to do a much better job this year.

The end result of good gardening in the greenhouse.

Also during May through September, I’ll continue to be part of the planning committee for the Florence Festival of Books.

Last year, I cut back on some of my responsibilities and I hope to do just what I did last year again. I took notes and typed them up for each meeting, sent out the follow-up letters to every one of the 90 participants, and distributed flyers outside of Florence. That was enough. Whenever Connie Bradley, who still chairs the meetings, and I talk about whether it’s time to bow out of this event that we co-founded, we look at each other and realize that it’s still our baby and we’re not ready to let go yet.

So I’m very much looking forward to having a normal year. I hope each of you have a safe, healthy, and satisfying 2016.

Sir Groucho will have at least three people looking after him while I’m away. With him, it takes a village.

Note: I’ll be heading back to California for two weeks at Christmas. No road trip; this time of year I prefer to fly. So no more blog posts until about the second week of January. Sir Groucho will have people staying here with him, so he won’t be lonely.