Posted on April 1, 2015 by crossingsauthor

I received a lot of praise during the past few months while I was going through chemo for having such a positive attitude and keeping my sense of humor. Well, I’d like to respond to that. I’ve always seen the glass as half full, and I generally see the humor in things. But mainly what got me through chemo were the alternatives. I was highly motivated to avoid both of them:

One: I researched Lymphoma when I was diagnosed with Stage !!!, and one sentence really made an impact. “Patients with this diagnosis can count their lifespan in months rather than years.” Whoa! I was ready to start chemo immediately. Dying––not a good alternative.

Two: I started having pain at the end of August. At first, it was only at night, but within a few weeks, it was round the clock. At first Advil helped, but as it got worse, I needed heavy duty meds. From the end of September through most of October, I was on Hydrocodone and was maxed out, taking a pill every three hours. For five weeks, I couldn’t drive because I was “under the influence.” And in order to sleep at night, I ate half a marijuana cookie. Only when I was stoned could I sleep a few hours. Once chemo started, the pain went totally away.“Bring it on,” I said. Unrelenting pain––not a good alternative. 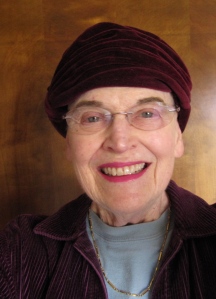 My hair is starting to grow, but at 1/3 inch, I don’t like the look. This turban is comfortable. So this will continue to be my look around the house for the next few months.

Being a do-everything-for-myself, high energy person, I had to drastically change my lifestyle on chemo, and that was not easy. That first black hole (my down days), when I had four days of no energy at all and noticeable chemo brain fog, was very frightening. I thought all of chemo would be like that and had some real doubts about whether I could handle it. On the fifth day, I woke up with most of my energy back and my brain clear. I was ever so thankful.

I learned that my chemo had a pattern with the black hole in the middle of each three-week cycle. Each time it took longer to come back and I didn’t come back as far. I fell further and further behind. I simply had to adjust and find a way to get through it.

During my months of chemo, here are some of the lessons I learned that aren’t a bad idea for any stage of life:

How to ask for help––I could count on my thumbs the times I had asked for help prior to chemo, and suddenly, I needed someone to drive me everywhere (for five weeks) and to Eugene for chemo (for five months.) Neighbors and friends picked up groceries for me while at the store, brought in my fire wood, fixed meals for me, and took me to the dump where they did all the heavy lifting. When you literally can’t do it, you have to ask for and accept help.

How to have patience––I was used to “doing it myself” and getting it done NOW––not having to wait on anyone. Suddenly, I was dependent on all sorts of people for all sorts of reasons and had to work around their schedules. This was not an easy lesson.

How to rest––I can’t ever remember just sitting down and doing nothing! For me, it was unheard of. With my first black hole, I didn’t have a choice, I had to just sit or lie down. At first, I kept trying to get up and get things done. It was a losing battle, and I finally gave up fighting it. I learned this lesson so well, that by the third cycle, I was looking forward to resting and napping

I have gotten into the habit of just “putting on my hair” when I go into town. So this will continue to be my “out in public” look for a few more months.

How to handle side effects––I had done my research and was ready for the major ones with a wig for hair loss and medications for nausea, but the pesky little stuff were the most frustrating. They would suddenly be there without warning and no chance for preparation. Some would last and others would go away within a day or two. And some reappeared the same time each cycle. I had to learn to go with the flow and not let it get me down.

How to avoid germs––When you go through chemo, your immune system is compromised and gets gradually more so the longer the chemo lasts. Getting sick could not just be uncomfortable and inconvenient but a life or death matter. Since I was going through chemo during prime cold and flu season, I wanted to avoid people––especially crowds. I had season tickets for concerts at the Florence Events Center and gave away all tickets between November and February. And I only went grocery shopping once a week on Sunday morning when the store was nearly empty and not during my black holes. I basically hunkered down at home throughout chemo and used hand sanitizer a lot. I carried a little bottle of it in my purse for when I was away from home.

How not to whine––Whenever I started to feel sorry for myself, I’d think of someone worse off. I don’t like whiners and tried hard not to be one.

How to enjoy the good times now ––Chemo is like riding a roller coaster. The good days when I felt good were brief, so I learned to go for it right then. I would take a drive up the coast if the day was nice, see a movie with a neighbor at noon when hardly anyone was in the theater, and go out to lunch in the middle of the afternoon when hardly anyone else was in the restaurant.

How to put myself first––If I had been a little more attentive to me, my cancer would not have gotten to Stage III without me noticing. The doctor said it had been spreading for at least a year and possibly two years before I realized there was a problem. All my adult life, I’ve put my job, my spouse, my responsibilities to house and yard, to pets before me. Even when I retired, I became involved with volunteer responsibilities, yard work and house maintenance, and trips to California (which involved about 20% of the year). But the biggy since retiring has been researching, writing, and marketing my books. Once again, I put everything before me. I never took a day off and was always busy. If I had an ailment of some kind, I’d take a pill and keep going. I’d put off the walks and exercising to when I had time, which rarely happened. So now that I’m over chemo, I’m cutting back on volunteer responsibilities, learning to say “No,” and trying to take it easy a part of each day. And mostly learning to listen to my body.

It’s not hard to take it easy right now, because my energy level is only back to about 20%. It’ll be more difficult to change my ways as I gain more energy. So in the future, if you see me rushing around busy, busy, just tell me to slow down and take it easy.

Note: We received the Devil Cat proofs from the printer yesterday and they were approved by Bob, my publisher. So that means that the book is on schedule, which means by the last week of April, copies of Devil Cat should be available for sale. I can hardly wait!